All opinions and commentaries on this website are his own and do not necessarily represent the views of his employer. 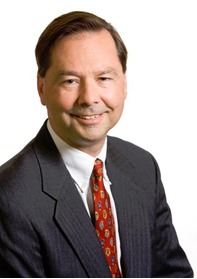 Hans von ​Spakovsky  is a Senior Legal Fellow in the Edwin Meese III Center for Legal and Judicial Studies at The Heritage Foundation in Washington, D.C., where he focuses on voting, elections, campaign finance, civil rights, the First Amendment, immigration enforcement, and government reform.  Before joining Heritage, he was a career lawyer at the U.S. Department of Justice for four years (2001-2005), including three years as Counsel to the Assistant Attorney General for Civil Rights. He then served for two years as a Commissioner on the Federal Election Commission (2006-2007).  Hans is also a freelance writer who has had pieces appear in publications such as The Wall Street Journal and National Review, and by professional organizations such as The Federalist Society and the American Bar Association.

Hans graduated from the Massachusetts Institute of Technology where he earned a B.S in Political Science. He received his law degree from Vanderbilt University School of Law.  Hans is a first-generation American.  His German mother and Russian father were refugees from eastern Europe after World War II when they met in a refugee camp in southern Germany. They immigrated to the United States in 1951.  Hans was born and raised in Alabama and now lives with his wife Susan and three children in Virginia.